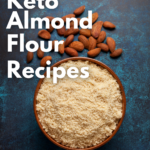 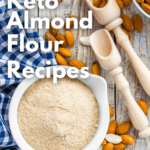 In this post we’re going to tell you everything you need to know about buying and using almond flour as a great flour substitute on the keto diet. We’re also going to give you 20 brilliant keto almond flour recipes to get you started using this unusual ingredient with confidence.

What is Almond Flour?

Almond flour is a great gluten free substitute for traditional wheat, barley and other grain flours. Essentially almond flour is finely ground almonds, which have been blanched and skinned before grinding.

Almond flour isn’t the same as some other similar almond products however – almond meal, blanched almonds etc. while similar, aren’t going to work the same way in recipes, due to differences in texture and the way they’re processed.

Almond meal is a much courser product, and has been ground with the husks intact and is unblanched, with a much mealier texture.

If you’re looking for a great product to buy, we recommend Blue Diamond Almond Flour, this is a well sifted, finely ground flour that works well as a low carb flour substitute.

Yes almond flour is a great keto friendly substitution for any regular grain based flour. It’s low carb content, and high unsaturated fat content make it an ideal replacement that can easily fit within your keto macro target.

100 grams of almond flour contains only 4 grams net carbs, so whether your daily goal is to stay under 20g or 50g net carbs, there should be plenty of opportunities to include almond flour on the keto diet.

It’s useful to compare almond flour with wheat flour to understand the differences between the two and how you may need to tweak your baking etc. 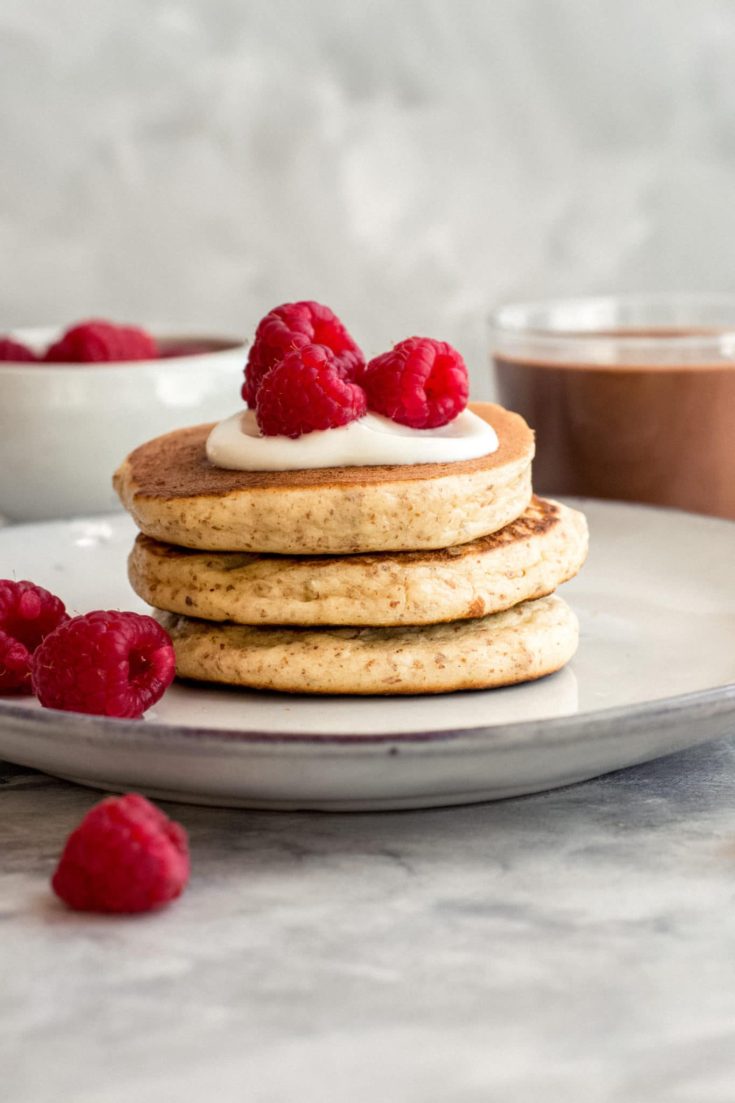 Pancakes are one of my favorite breakfasts, and these almond flour pancakes are no exception; fluffy, easy to make and keto-friendly! This is where almond flour can really shine, substituting for regular flour but bringing additional nutty flavor at the same time.

These keto almond flour pancakes require only a few ingredients and they don't include any sweetener, so you can serve them with either sweet or savoury toppings depending on your mood. Try these with some keto friendly 'maple syrup' for a weekend indulgent breakfast.

These keto cookies are a simple treat to have to hand when hunger strikes, a great use for almond flour, and simple to put together.

The nuttiness from the flour really adds to the flavor of these cookies in a way traditional wheat flour just doesn't, and pairs great with peanut butter. This is where making a keto almond flour recipe is actually tastier than the carb-heavy regular version! 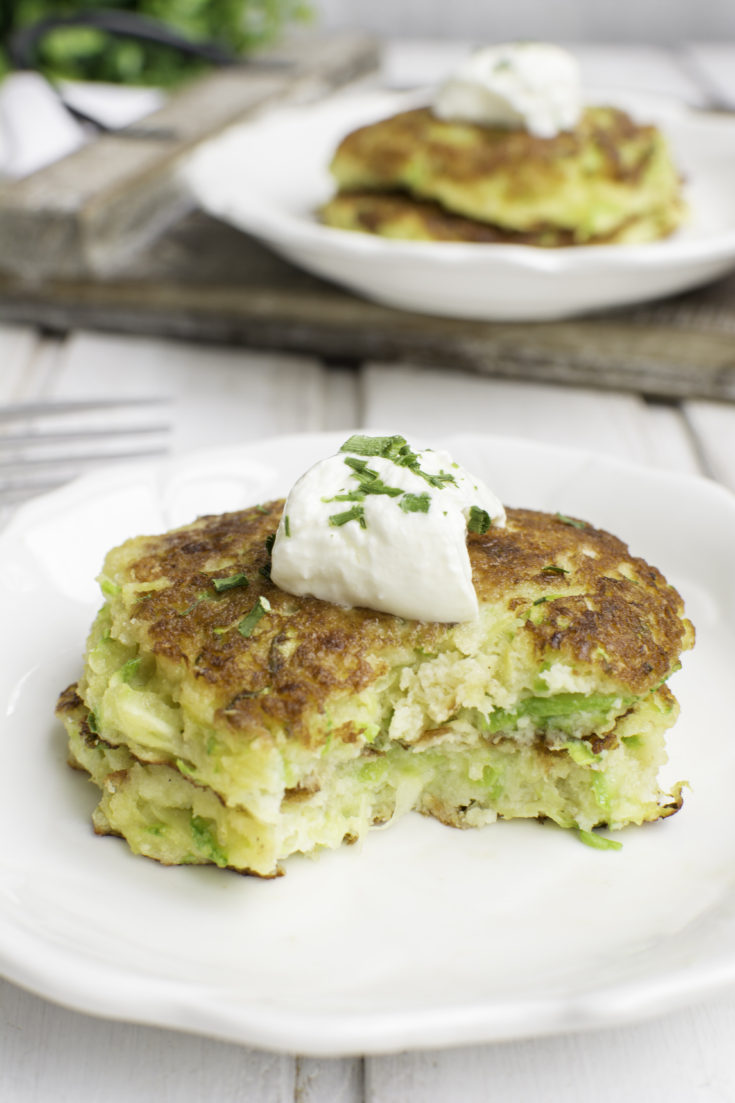 Almond flour doesn't just have be used in desserts! In this keto recipe almond flour is used as a binder to create these easy low carb fritters.

The flour helps to crisp up the fritters surface for a satisfying crunch and holds the whole thing together.

These make for a tasty, easy lunch dish, and would go great with a poached egg and some greens for a well rounded keto lunch spread. A dollop of creme fraiche or sour cream is also a great pairing with these fritters for some creaminess to compliment the crisp batter. 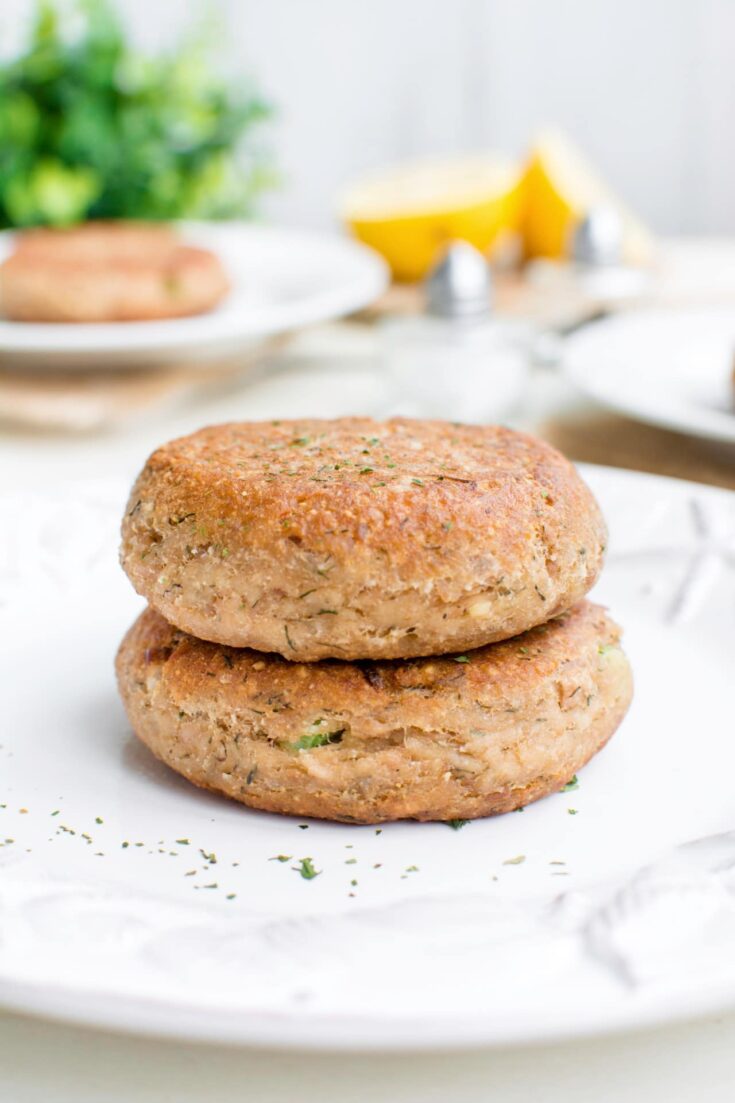 Another use of almond flour as a low carb binder in a keto recipe, keto fish cakes!

This easy keto almond flour recipe is made up of store cupboard staples, and highlights the versatility of almond flour as an ingredient to have to hand.

These can be easily customised to many cuisines and preferences. You can add spices, chilli, citrus, herbs, whatever you like really to jazz these up. Think of this as a base recipe to be built upon.

With a side salad dressed in olive oil, maybe some mayo or sour cream, these make an ideal keto lunch dish, with healthy tuna as a keto friendly protein.

Let's face it, this is what people are really looking for when wanting to find keto almond flour recipes - keto brownies!

Almond flour adds extra flavor to this classic brownie recipe. Our base recipe here is open to plenty of customisation. Add some nuts for added healthy fats and crunch perhaps, walnuts in particular make a great brownie topping. Or top with peanut butter and toasted peanuts for a delicious low carb treat. 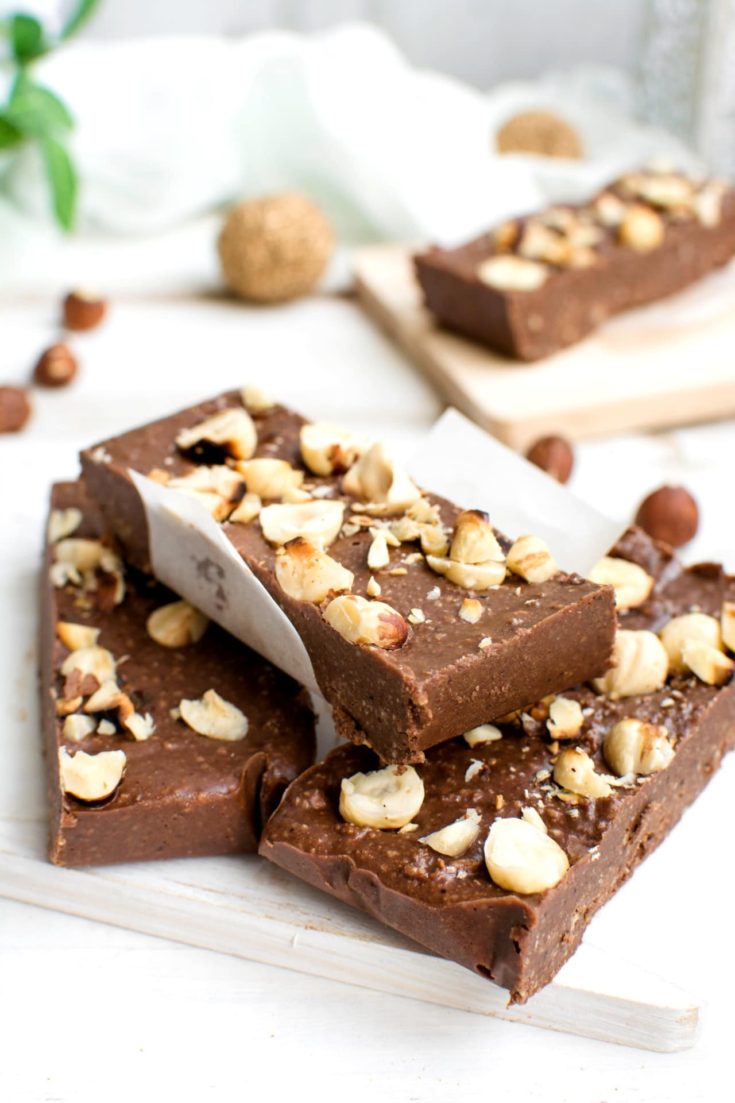 These keto snack bars are one of our most popular recipes here on I Eat Keto, and it's easy to see why! Almond flour here acts as a binder for the other ingredients, and adds it's distinct nutty flavor to these grab and go bars.

We keep a batch of these in the fridge, cut into small rectangles, for a tasty low carb treat. Toasted hazelnuts are a particularly great match with chocolate (think Nutella or Ferrero Rocher!)

These bars need to be kept in the fridge, as the lack of sugar and milk chocolate makes it harder to get a rigid bar at room temperature. But once chilled these bars have a satisfying chew, and show off the versatility of almond flour as a low carb, keto ingredient.

Another of our favorite recipes here at I Eat Keto, our easy almond flour chocolate chip cookies!

This is one recipe where the almond flour is a key ingredient, and adds plenty of flavor to the cookies, pairing beautifully with extra dark chocolate (go for 100% cacao if you can find it, with it's distinct flavor and health benefits vs regular milk chocolate)

These keto bread rolls are a great savory use for almond flour on the keto diet. These are such a versatile roll that fill that hole left by carb heavy bread on a low carb diet.

Make these alongside a tasty soup for dipping perhaps, like our keto roasted veg soup or a tasty spiced cauliflower coconut low carb soup. 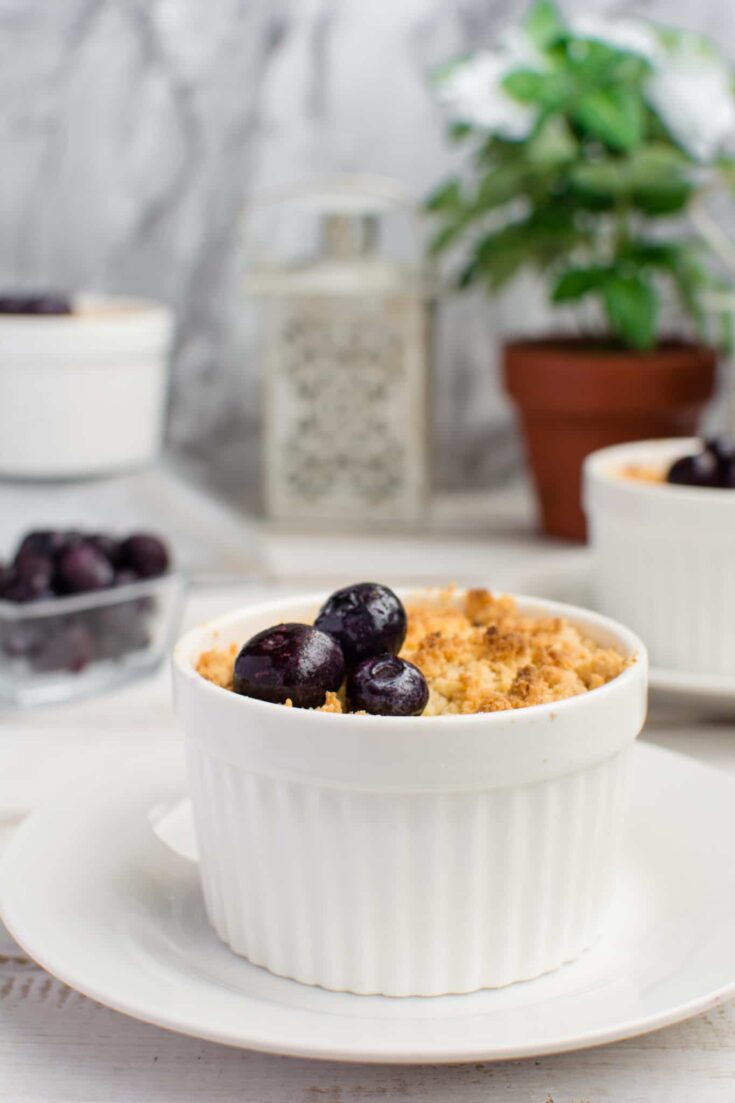 A nice simple use for almond flour here, to create a crunchy, nutty, buttery crumble for these blueberry crumble pots.

There aren't many low carb fruits available to us on the keto diet, blueberries in moderation though are a great addition, with added health benefits.

For a lower carb version you could swap out blueberries for blackberries, although as they're slightly more sour you may want to add a little more sweetener.

Serve these with a little creme fraiche or thick creme, and my personal favorite, a light dusting of cinnamon, delicious! 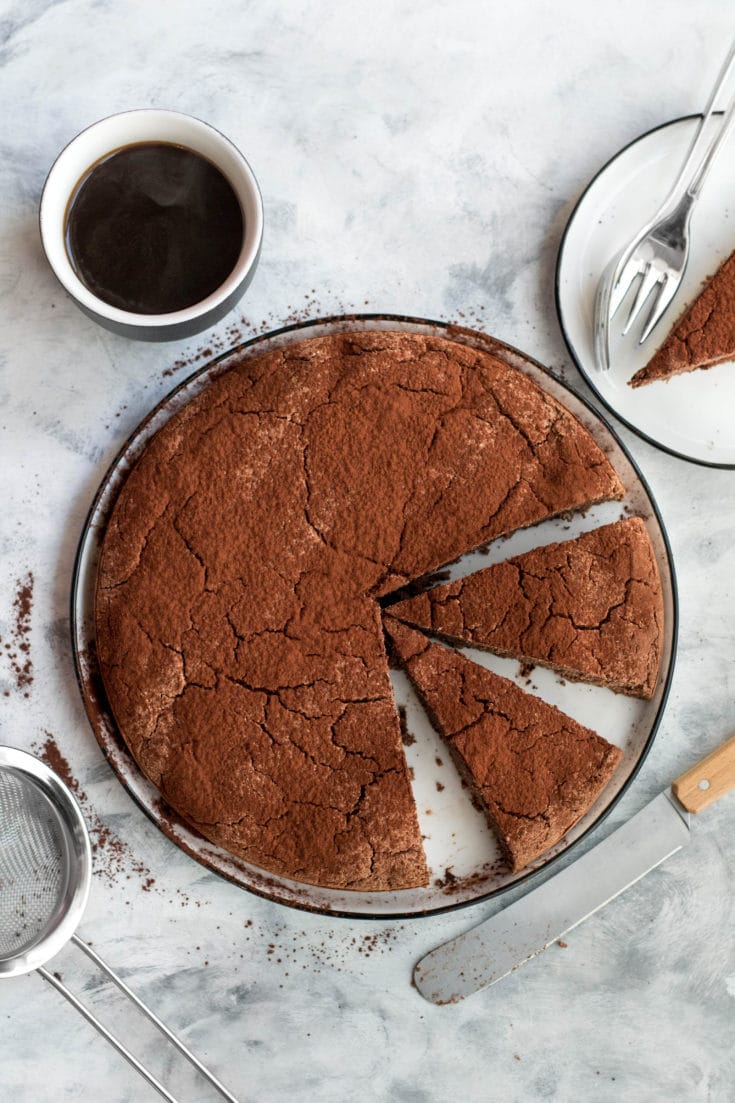 Who'd have thought you could eat cake on a diet?! Well with almond flour and a little sweetener, you can achieve great things, like this tasty keto chocolate cake.

This uses cacao rather than any milk chocolate,. You want to find the darkest chocolate possible when on the keto diet, as anything else will generally contain added sugars among other things. 100% cacao chocolate has a much more bitter taste, so that has to be countered with added sweetener.

This recipe really showcases how tasty keto almond flour recipes can be, as a substitute for regular wheat flour. Sometimes making substitutions on a diet can feel like taking a downgrade on the original thing, but almond flour often has more flavor that what people normally have! 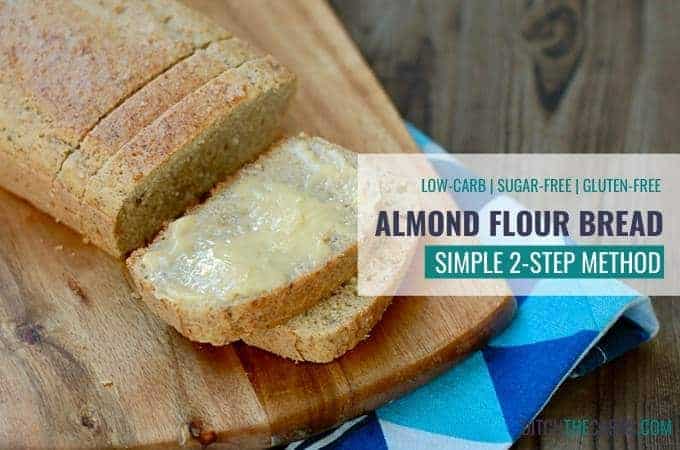 This is a hugely popular keto bread recipe from Ditch the Carbs. They've developed a really simple method for a great bread substitute, while keeping it low carb by using almond flourr.

This is a great recipe to perfect, as there are so many instances where a little bread on the side really completes a meal. Or for sandwiches and packed lunches!+

This recipe from Sweet as Honey uses almond flour as a great substitute to get a tasty, crunchy pizza crust. Once you've perfected this base recipe, there are endless variations available, you can go crazy with the toppings! 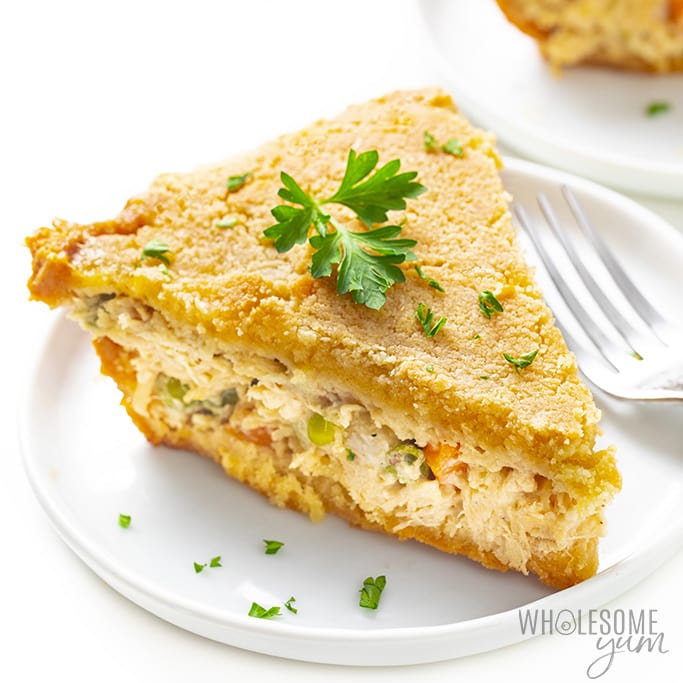 Wherever you might use flour for bread, doughs etc, you can consider using almond flour, even as a topping for a classic pie recipe.

The texture when using almond flour is definitely different to using wheat flour for sure. The texture is more crumbly rather than crispy, but has a nuttier, more distinct flavor of its own which adds to this dish. 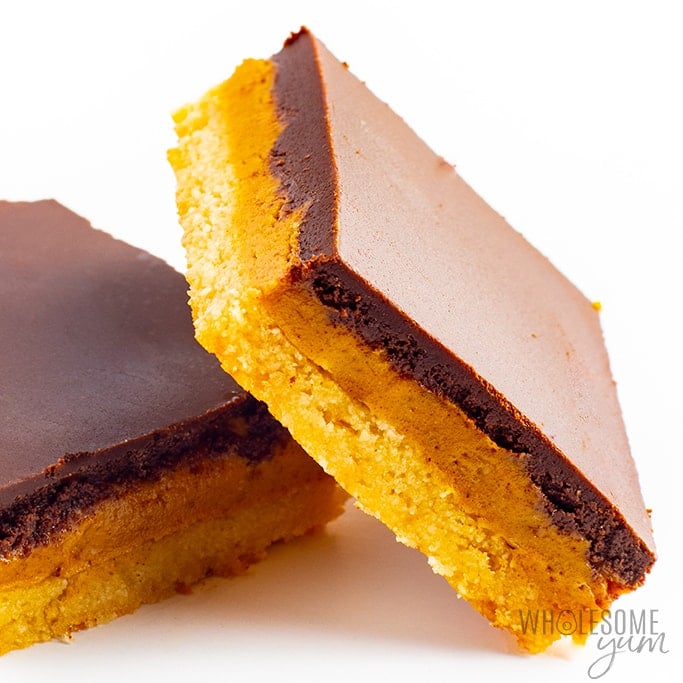 Don't these look great! An indulgent keto almond flour recipe here from Wholesome Yum. These keto peanut butter bars use almond flour for a nutty base to these three layered treats. 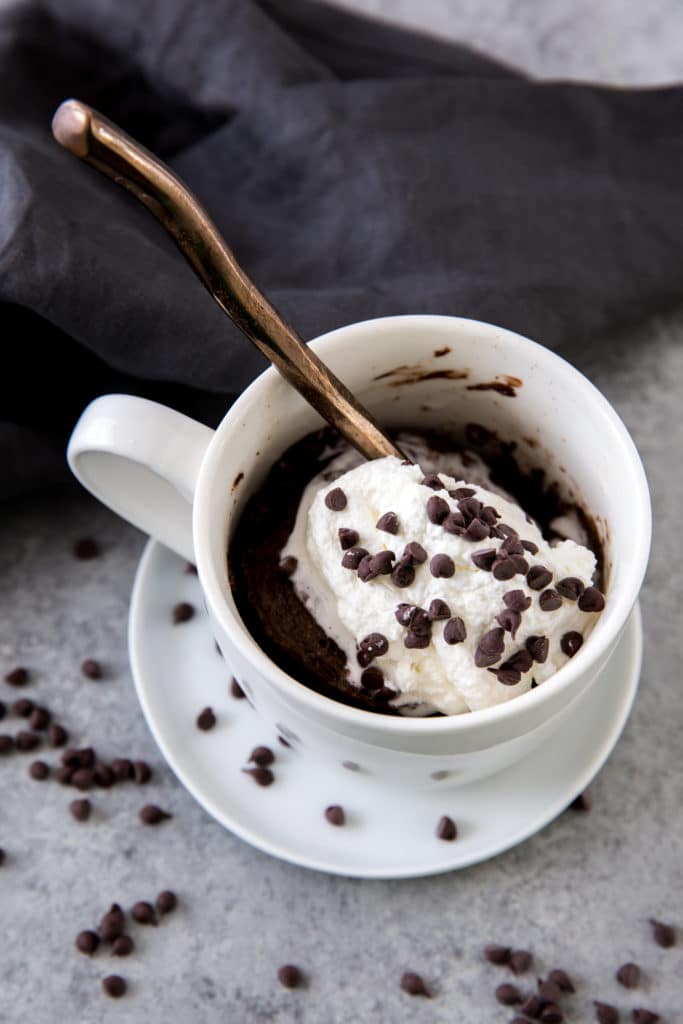 This is another one of those famous keto recipes, with endless videos doing the rounds on social media, the infamous Keto Mug Cake!

This tasty concoction, as the name suggests, can be ready in just 2 minutes! It's a pretty ingenious bit of recipe making, and a great keto almond flour recipe to add to your list, for those times you fancy a quick sweet treat or dessert with the carbs. 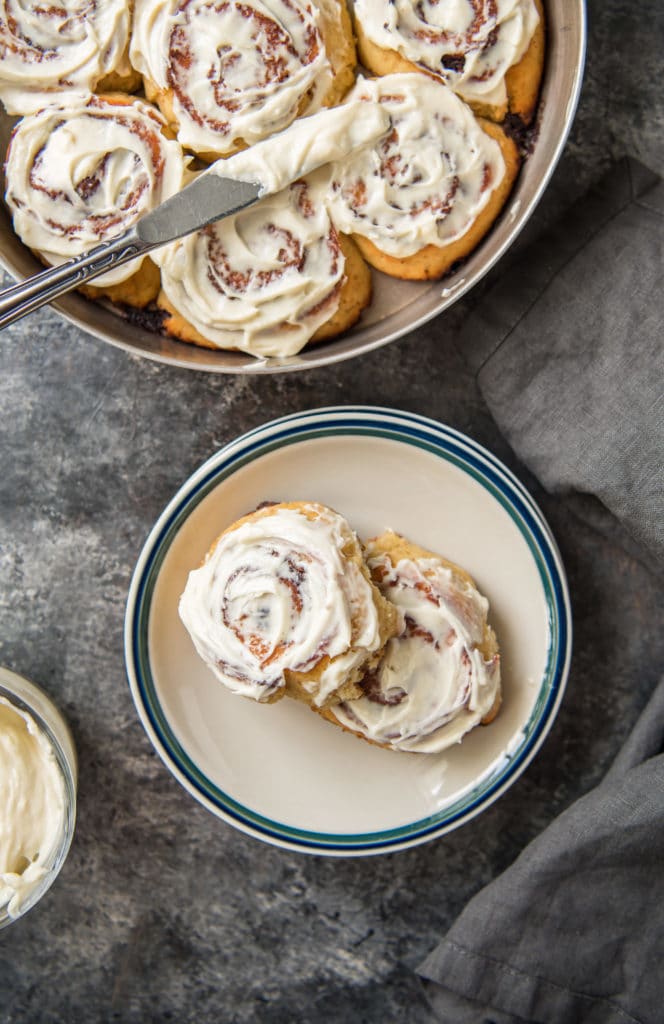 I probably wouldn't endorse eating these every day, as long term it's usually best to ease off the sweet foods on the keto diet (it gets easier the longer you've been in ketosis!) as they're pretty addictive, and it's easy to give in to temptation.

That said, when you really really crave something sweet, it's great to have a recipe like this which is just like the regular carb heavy version.

As we're substituting almond flour to make so many different breads, it makes sense that we try using it as a substitute for tortillas too!

These are the perfect wrapping for any number of great keto friendly fillings, you can store these too. You just have to be a little more delicate when handling tortillas like these, as they can be more prone to tearing without the strength you get from gluten.

Let us know your favorite low carb almond flour recipes from this list, or your own favorites from elsewhere, we’d love to hear about your recipes! 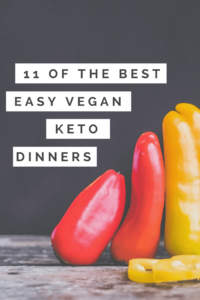